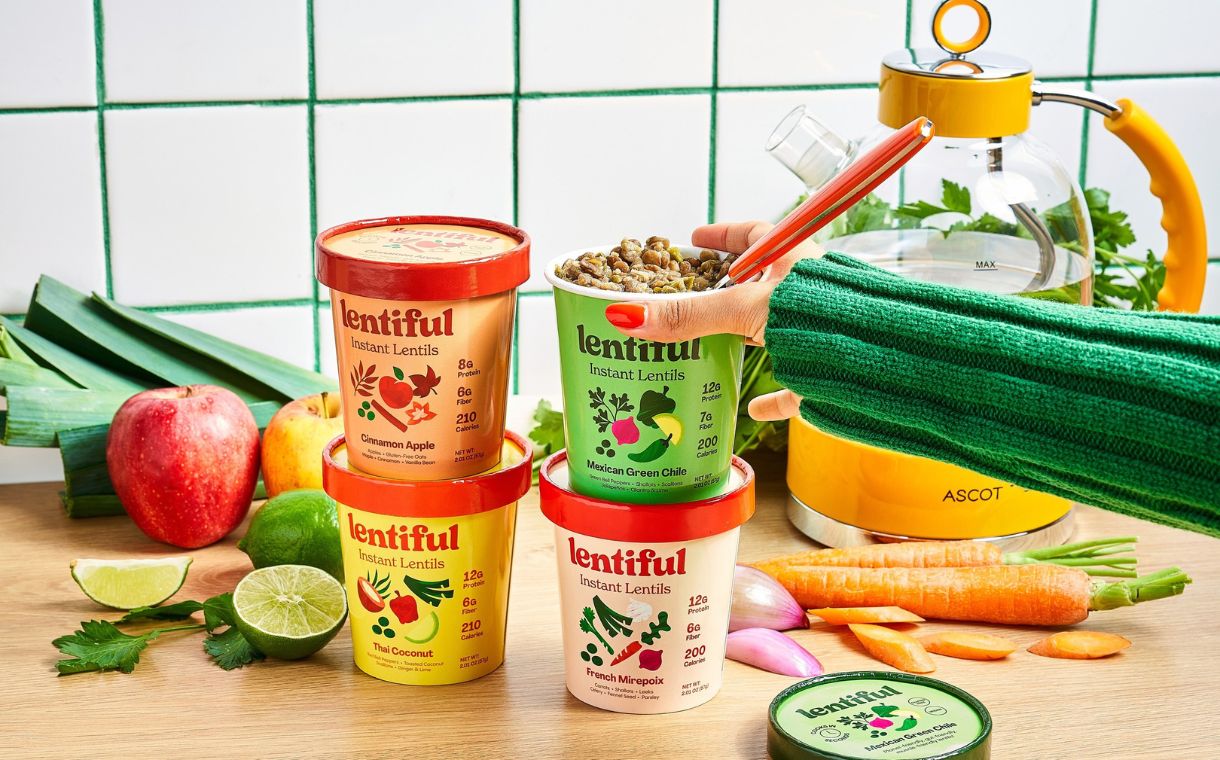 Lentiful has announced the launch of its company, accompanied by its line of instant lentil meals featuring four flavours.

Its line of meals eliminate the time-intensive process of cooking lentils, offering consumers a plant-based meal that cooks in just over a minute.

Ben Bacon, founder of Lentiful commented: “Lentils have been nourishing humans for 11,000 years, they’re beloved across the world and are one of the most climate-friendly sources of food on Earth. Nutritionists love them. Celebrities love them. Michelin Star chefs love them.”

All four Lentiful products come in 57 oz single-serve microwavable paper cups for an MSRP of $4.95.