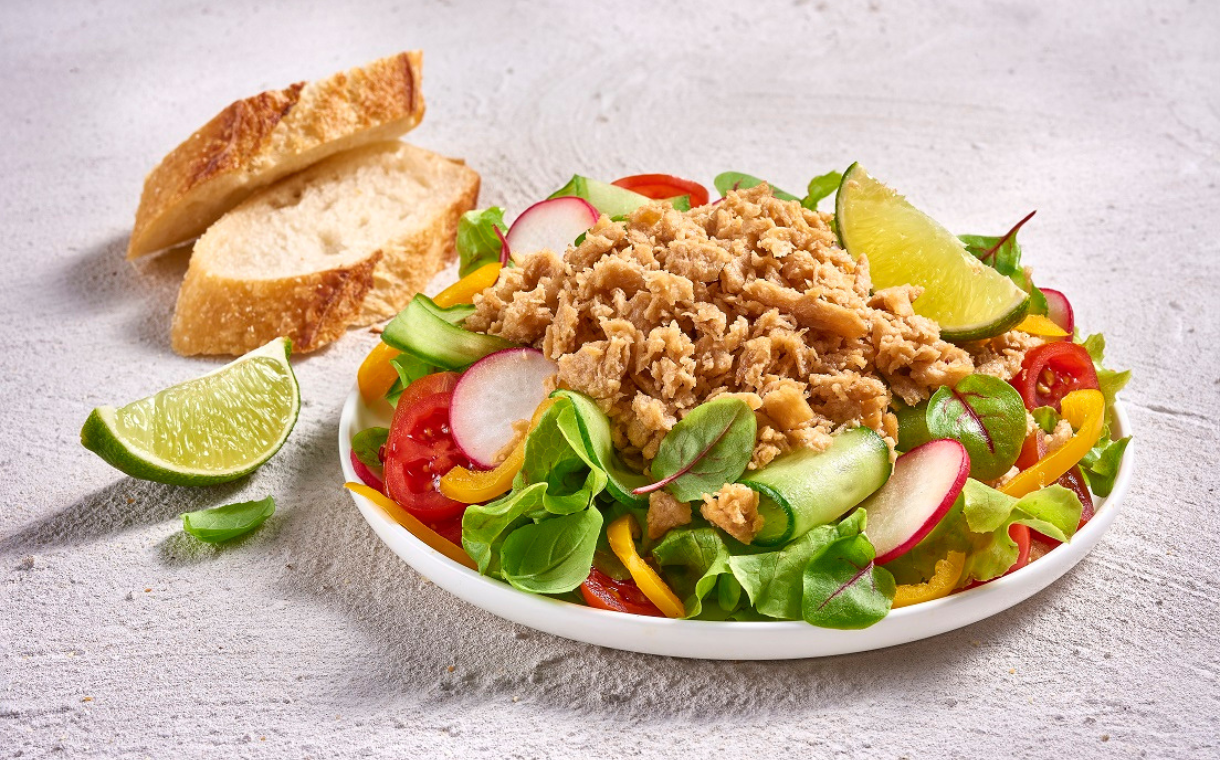 Vgarden, a food tech developer and manufacturer of plant-based alternatives, has launched its own vegan tinned tuna.

The 100% plant-derived product has the same appearance, texture, and flavour as the canned kitchen staple.

Ilan Adut, CEO of Vgarden, said: “Tinned tuna has a very distinct flaky, yet moist and chewy texture, with a powerful fresh-from-the-sea aroma. Our new tuna-like product is clean-label, scalable, affordable, and sustainable.”

Adut continued: “But for our plant-based creation to serve as a true substitute, even beyond compellingly mimicking all of the sensory qualities, it also has to match tuna as much as possible in nutritional value.”

Vgarden’s vegan tuna is available in two packaging formats, pouches for chilled storage and actual tins. The company said it has filed a patent for the formula and process.

Based on pea protein, Vgarden’s tuna analogue contains a total protein content of 11.2-14%, before and after filtration. It is said to also contain a short list of natural ingredients including fibres and sunflower oil.

Tom Rothman, head of global sales at Vgarden, commented: “Aquaculture and the overfishing of this high-in-demand fish has had a devastating effect on their numbers to the point that it has put several species, such as the yellowfin and the Atlantic Bluefin, on the edge of extinction. Our plant-based tuna solution can help turn the tide on this ecocatastrophe and contribute to the restoration of the ocean’s wild tuna populations.”

Vgarden was founded by Kibbutz Gan Shmuel and the Eliav family and has been making headway on the plant-based curve. The company has also launched a line of meat and dairy alternatives in Israel under its MashuMashu brand. Its portfolio is currently offered in several popular restaurant and pizza chains in Israel.