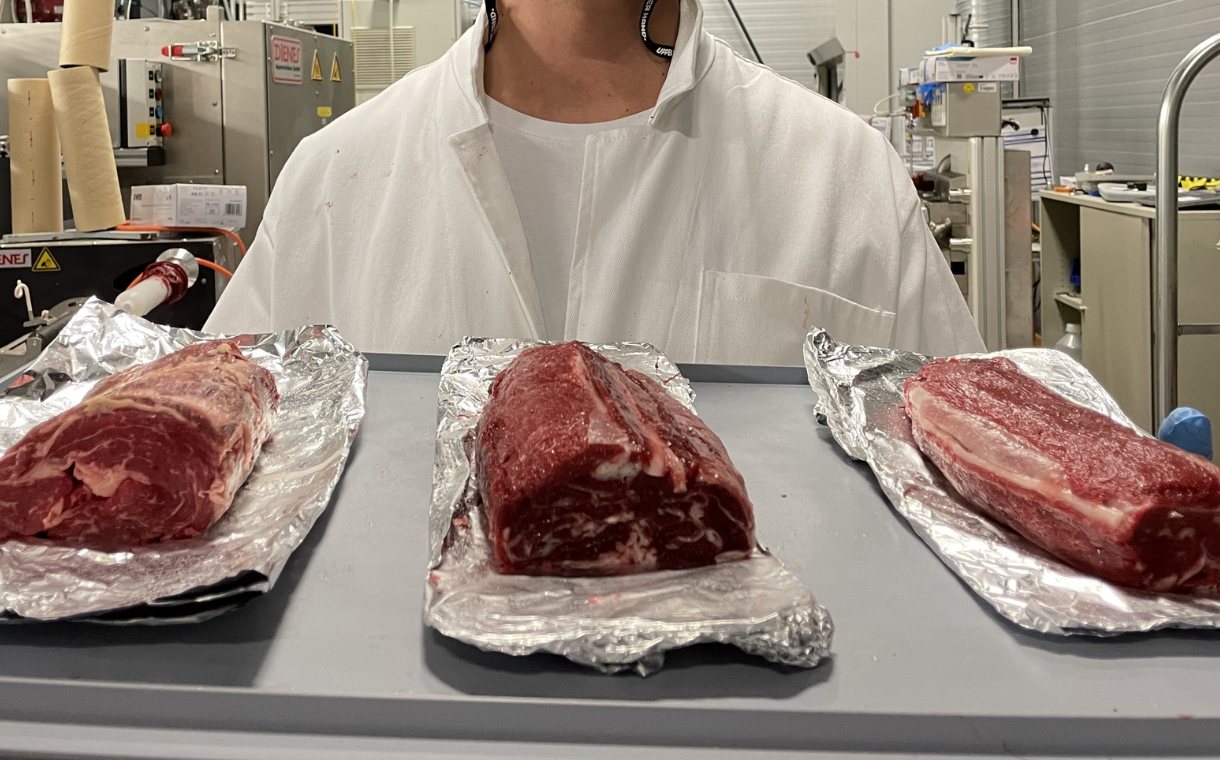 Food tech company Project Eaden has unveiled its fibre technology, which it claims can be used to create “ultra-realistic” plant-based meat.

The start-up says that its tech is similar to the fibre spinning processes used in the production of synthetic fibres for the textiles, aerospace and IT industries.

“Both plant and muscle fibres are versatile building blocks with fascinating material properties, which is why so many of today’s high-tech materials are natural fibre-inspired,” said Project Eaden co-founder and materials scientist, David Schmelzeisen.

Project Eaden’s tech is able to produce incredibly fine organic fibres, that are just 100 micrometres thick, from pea and other edible proteins.

The ultra-thin fibres are then “bundled into strands similar to those found in real muscle”. With the addition of vegetable fats, the result is marbled plant-based meat that the company says is nearly identical to its animal counterpart. The first product to have been developed is a meatless beef steak.

Project Eaden has also just announced that it has extended its seed funding from €8 million to €10.1 million.