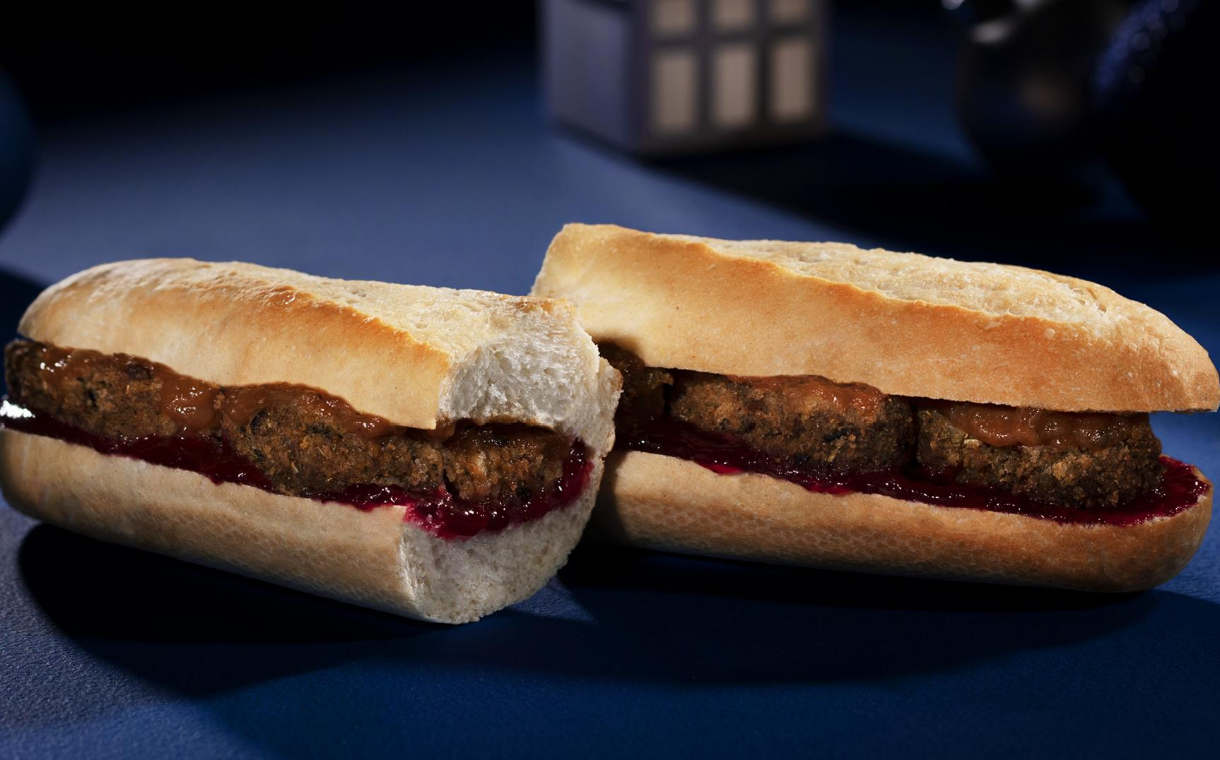 Greggs and This unveil partnership and launch new baguette

Greggs and plant-based meat brand, This, have announced a new partnership and launched a new meat-free sandwich into all of the bakery’s 2,200 shops.

The newly announced partnership began in September when the bakery launched a chicken-free baguette with goujons made from This’s ‘chicken’ recipe using pea and soy protein, coated in batter and southern fried crumbs.

Now, the two brands have launched the vegan turkey-free and stuffing baguette into all Greggs’ shops. The sandwich features “hyper-realistic” plant-based turkey-free goujons with a festive sage and onion crust, cranberry sauce and vegan gravy.

Andy Shovel, co-founder of This, said: ‘’Having such a huge operator and admired brand as Greggs want to work with us is massive. It’s a statement on the quality of the products we’re producing. It’s also reflective of the continued investment into and demand for plant-based food.’’

The new plant-based festive baguette is available across Greggs’ stores nationwide for an RRP of £3.50.